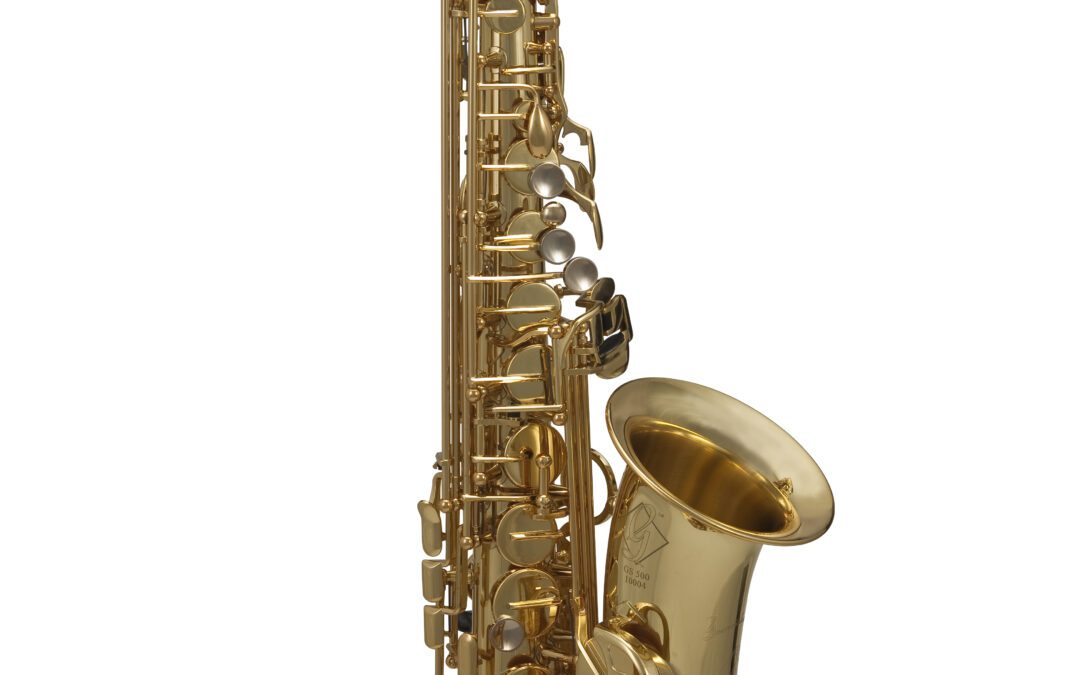 The first company to move away from the “French” sound model and develop a saxophone specifically designed for contemporary jazz playing, the L.A. Sax Company began in 1985 in the small garage in the mid-western town of Barrington Illinois. From its very beginnings, the goal of the L.A. Sax Company was to produce not only an artist quality saxophone but one that had a look as unique as its sound. Those early L.A. Sax instruments were produced from imported saxophones that were stripped of keys and pads, the bodies and keys were painted with a special automotive paint, the instruments were reassembled and set-up to provide plenty of edge and projection. With the final addition of the logo badge, a new L.A. Sax was born.

Needless to say, L.A. Sax was not afraid to push the envelope with regard to instrument design.  Armed with input from its top line artist partners, it outpaced its competitors with the introduction of several new and innovative models. These included a new concept saxello and the trademark straight bodied alto and tenor. These uniquely American instruments continued to gain acclaim for the L.A. Sax and in 1994, the owners of the company were invited to the White House where they presented a special edition “Commander In Chief” tenor to then President Bill Clinton.

Though L.A. Sax continued to innovate and grow throughout the 1990s, the early 2000s saw a flood of “copycat” brands into the  market. Not being willing to sacrifice quality for sake of lower prices, L.A. Sax saw a decline in sales that limited its ability to develop new and exciting instruments. The result was financial hardship for L.A. Sax to the point where the original owners sold the business to professional saxophonist and then owner of The Woodwind & Brasswind, Dennis Bamber.

Shortly after the acquisition of L.A. Sax, the L.A. Sax team went to work restoring a culture of innovation to the line and, with the help of old friends Kim Waters and Jim Nelson as well as a new stable of artists including Paula Atherton, Shelby Brown and Dan Cipriano, introduced a new L.A. Sax.

In December of 2015, Gemeinhardt Musical Instruments, LLC acquired the rights from Dennis Bamber and became the exclusive U.S. distributor of L.A. Sax.

•The Sound: The new instruments of L.A. Sax possess the expected edge and flexibility that are hallmarks of the L.A. Sax brand but they sound crisper, cleaner and more projecting than anything you’ve played before. You’ll find that you can easily control the softest whisper of a dynamic one minute and easily power to the front of any ensemble the next.

•The Feel: Whether you are playing the straight tone holes of the V Series, Signature Sopranos and The “6” or the rolled tone holes of the X Series and “Frankie” models, you will notice a velvety smooth feel and little pad noise. We’ve also improved our key design and placement to be more responsive to the hands aiding both in response and comfort.

•The Look: The look of the new L.A Sax is slightly more refined than previous generations. The tiger stripes and bold colors of yesteryear have been replaced with elegant finishes of silver, vintage matte, black nickel and unpolished brass . . . each beautifully hand engraved and owning its own unique tonal properties. Refined yes but still with a visual statement that is all L.A. Sax.

The future is looking extremely bright for the L.A. Sax brand. Never happy with the status quo, we continue to innovate by introducing new and exciting design changes like our cupronickel bodies on the “Frankie” models, larger bell throats and the amazing new Reactor Panel Pads on the X Series, “Frankie” and The “6”.

L.A. Sax is an established, respected line of saxophones with a strong following of cutting edge musicians. Through the support of our retail partners, our mission is to expose more musicians to the quality, signature sound, and style of the L.A. Sax. Along with the already strong artist support, from the likes of Kim Waters and many others, we put the instruments to the test with our very own Shawn “Thunder” Wallace, Associate Professor and Director of Jazz Studies at The Ohio State University. “L.A. Sax makes a top quality instrument with premium features but not for premium money. I’ve played all the major manufacturer’s horns and L.A. Sax has at least matched what I look for in a saxophone”, said Shawn.