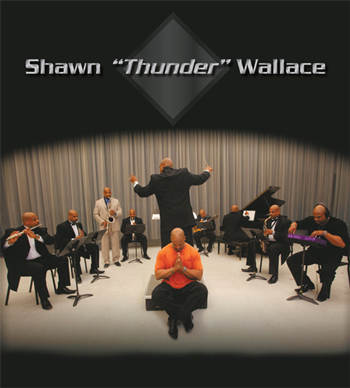 Shawn “Thunder” Wallace is part of a new generation of musicians. He is a performer, recording artist, composer, clinician, and educator and holds a Master’s Degree in music. Although often referred to as a musician’s musician, Shawn “Thunder” Wallace is a crowd-pleasing performer enormously skilled in classical music and equally comfortable with traditional and contemporary jazz and Christian music. He has been seen and heard nationally on CBS, BET, NBC, and NPR. In addition to receiving recognition from many newspapers and publications including Billboard Magazine and Contemporary Christian Music Magazine, he is a winner of The Downbeat Magazine’s outstanding soloist award.

Shawn is an Associate Professor of Music: Jazz Studies at The Ohio State University.

For more on Shawn Wallace, visit his YouTube channel at youtube.com/user/ShawnThunderWallace.