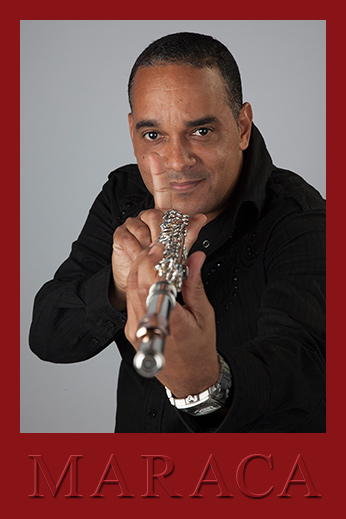 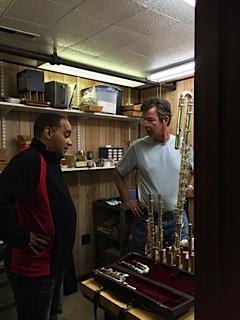 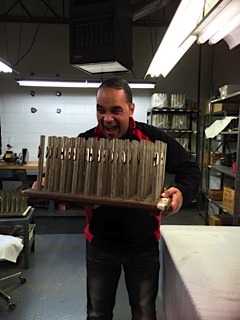 The 2013 National Flute Association Annual Convention in New Orleans was one for the books at Gemeinhardt. Among one of the most exciting things was getting to know, and signing on as a Gemeinhardt artist, Orlando “Maraca” Valle, a Cuban-born jazz flutist living in Paris.

Everyone at Convention was buzzing about the Cuban jazz sensation and featured NFA Artist, Orlando “Maraca” Valle. Born in Havana, Cuba to a family of musicians, he began his flute studies at the age of ten. While continuing his studies at the Higher Institute of Art of Havana, he was invited to join the internationally renowned band Irakere (formed by Chucho Valdés). After six years of touring and honing his musical skills with some of the best musicians the world has seen, Maraca launched his solo career with the album Passaporte, which received international acclaim and won the EGREM Album of the Year (from the oldest record company in Cuba). His 2003 Grammy-nominated solo release album Tremenda Rumba made the Top 15 on Billboard’s Tropical Album chart in the United States and represents decades of making an international name for himself in Latin and Cuban ensembles. His masterpiece album Descarga Total! is one of Cuba’s bestselling albums ever. His skill as a flutist as well as a composer and arranger shine through in these marvelous works.

This flutist was like nobody the Convention has seen! And the excitement around him was palpable.

When we met Maraca, we felt instant chemistry with him. His passion for music and for the flute exhilarated us and those around him. Not only that, his already present links with our Gemeinhardt Artist family were astounding. He performed in Ali Ryerson’s Flute Big Band Gala Concert alongside Jim Walker and Hubert Laws. He jammed with Ernesto Fernandez, who also participated in a clinic he held.

But when Maraca tried Nina Perlove’s handmade Generation flute that we all knew he needed to be a part of our family. He instantly fell in love with Nina’s flute! She let Maraca borrow it and he played it for the Showcase concert at the Convention, and when he signed as a Gemeinhardt artist, Nina generously gave Maraca her flute.

Orlando “Maraca” Valle is the newest member to join our Gemeinhardt artist family. He plays our handmade flute, the Kurt Gemeinhardt Generation Revolution. The flute is made from beginning to end in our factory in Elkhart, IN, under the watchful eye of master flute-maker, Tom Lacy. The flute features the most accurate scale known, the RS2012, developed by Trevor Wye, William Bennett, and Eldred Spell.

For more on Maraca, visit his website at maracavalle.com. We proudly welcome Maraca as a Gemeinhardt artist!